Recently moved from America, due to her father finding work at a prestigious English school, Michelle feels rather out of place in her new castle town home. When she first starts drawing a handsome guy in historical attire, she thinks nothing of it. But then a strange encounter at the castle makes her question whether the man in her drawings is truly a figment of her imagination – and draws her into the long-ago events that set into place the social structure still governing the modern day town.

Marie Lamba has proven herself to be a very proficient author of realistic young adult fiction, with her first novel, What I Meant… being published by Random House in 2007 and its sequel, Over My Head being much enjoyed by me when I reviewed it for my blog last year. I was intrigued, therefore, to discover that her next offering would be a paranormal offerings. There are no vampires or werewolves here, however. Instead, Drawn explores a connection across the centuries with a romantic interest who appears in Michelle’s life like a ghost from the distant past.

Michelle is a likeable protagonist, whom readers should find it very easy to identify with. Her isolation in her new home makes her immediately sympathetic and her determination to ensure Christopher’s safety is admirable. More importantly, she doesn’t fall into that all-too-common paranormal trap of losing herself in order to be with her love interest. She is willing to make sacrifices for Christopher, but will not stand for too many of his dated ideas about women.

Indeed, the best thing about Christopher, in my opinion, was the fact that he isn’t just a modern character in historical dress. He does not react to Michelle like someone from her own era and nor is his behaviour modern – especially when it comes to modesty! Lamba prevents him from ever seeming boorish, however, even at his most unrefined, which makes Michelle’s feelings for him believable – and will probably ensure he earns a lot of reader fans as well.

For me, however, the most fascinating character was William, son of the town’s most influential man. His depiction had so many different facets to it and his nature was so complex that I couldn’t help but be intrigued by him. He’s never entirely likeable – but that’s rather the point! In contrast, I wished that we had seen a little more of Constance. I found her character very interesting and a good foil to William and I would have liked to see how things worked out for her.

With a little help from Back To The Future, Drawn looks at the troubles associated with time travel to the past, in terms of changing the present, but also deals with the difficulties of a a romance where the two lovers’ worlds and lives are not just separated by states or oceans, but rather by time itself. While I thought that the novel’s ending was possibly a little too perfect (or perhaps that should just be enormously lucky!), I enjoyed the way that Lamba presented Michelle’s struggle to balance family ties and romantic love and thought her conclusions were very appropriate.

A clever and enjoyable paranormal romance with a love affair that fans of the genre are sure to swoon over. 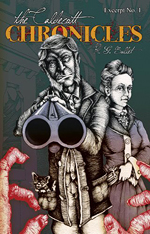 In Genre: YA Historical Fiction, Genre: YA Romance, Reviews 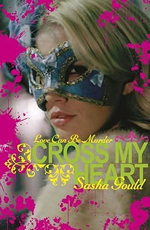 Laura has spent the last few years of her life in a convent, and when her father calls her back to her family home, she is thrilled to leave its restrictive walls. When she arrives back at the Venetian house she grew up in, however, she discovers it run down and her family tragically changed. Her father tells her she is to wed, in a match intended to repair his fortune. But will Laura accept her father’s choice.. or look for assistance behind the fans and masks of Venetian society.

Firstly, I must say that I really didn’t like the cover choice for Cross My Heart. I don’t think it captures the feel of the book at all, and certainly doesn’t indicate it’s historical fiction. The blurb isn’t great either. It’s only very loosely tied to the actual action of the novel, and has the wrong tone to sit well with the actual text. Luckily, however, in this case I didn’t judge the book by its cover!

Cross My Heart is a well crafted historical YA novel. Set in Renaissance Venice, it is full of little details that help set the scene and draw the reader into the past. It’s not my area of historical expertise, so I can’t comment on the accuracy of Gould’s world, but it’s certainly attractive and easy to visualise. Venice is a memorable location but, interestingly, it was the descriptions of the Venetians’ clothing and grooming that proved particularly evocative to me.

Gould’s characters are good, if a little too close to archetype in places. Laura is a strong protagonist, and I was able to forgive her head-turning beauty due to the fact that she proved likeable in most other ways. Paulina, although rarely present, is an enjoyable character, who I was disappointed I didn’t see more of. For me, however, the stand-outs were Allegreza and Grazia, who would certainly be able to command an audience for further novels based on their respective stories.

In contrast, I found the male characters a little close to type. Giacomo is the typical handsome love interest, Vincenzo a near-caricature of repugnance and Laura’s father the standard power-focussed strict parent. I’m sure there will be plenty of teenage girls swooning over the thought of a good-looking fresco painter, but I found his and Laura’s romance a little unsupported by the action. Then again, we do live in the fiction era of Soulmates At First Sight 😉

I think, though, that the combination of romance and intrigue was what prevented me from enjoying Cross My Heart more than I did. The romance was very traditional in form (as the male character descriptions probably suggest) and followed a standard structure: so much so that I joked with my mother about what I expected would happen in Giacomo’s story line – and then was proven right as the book progressed! There is absolutely a market for this kind of historical romance… but I’m not really it

The other aspect of the novel, however, was a tale of intrigue, complete with murders, false identities and secret societies. I loved that side of Cross My Heart. Historical thrillers are right up my alley, and I think Gould did a very good job of weaving the different threads of information together and tying them up at the end. The reader is thrust into a world of politics, society, danger and secrets, all against the backdrop of Venice. Great stuff!

The ending of Cross My Heart seems to suggest that there will be a sequel and I would certainly like to read more about the Segreta. I feel that Laura’s story has reached its natural conclusion with the end of this book, however, so if Gould writes more in this universe, I hope her focus rests upon other women.