In Brief: Reviewing a work that is a sacred text for a lot of people is a complicated endeavour. Here, I am discussing it entirely as a piece of literature, and as that alone it didn’t really work for me. In this particular translation, I didn’t find a lot of beauty in the language, and the content was repetitive. I am not a philosophy person, and The Bhagavad Gita didn’t change that fact.

END_OF_DOCUMENT_TOKEN_TO_BE_REPLACED

Quotable: “Don’t worry, Dad. Mom’s not going to let them make me into a wanton woman.”

END_OF_DOCUMENT_TOKEN_TO_BE_REPLACED

Book Review: The Last Days of the Romanov Dancers, by Kerri Turner

The Last Days of the Romanov Dancers is set in Russia between 1914 and 1920, which means that it documents not just the end of the Imperial Russian Ballet, but also the end of the Romanovs themselves. It was a period of great upheaval for Russia, and for all those affected by the Great War, but Kerri Turner manages to create a narrow focus for a reader’s attention so that the weight of historical detail doesn’t become too overwhelming.

Her two main characters are Luka—a newcomer to the Imperial Russian Ballet—and Valentina, who has been in the company longer, but shares Luka’s modest upbringing. While both interact with actual historical people, such as Rasputin and the Romanovs, the peripheral nature of their involvement means that the reader can sympathise with them more readily, even faced with displays of wealth and indulgence while the working classes starve. Here, Luka’s guilt about his position of privilege works to reassure a modern audience where perhaps Valentina’s enjoyment of wealth does not. I think I would have enjoyed a little more of an evolution in Valentina’s nature, but her character is likely more realistic as is!

I am not a great reader of modern (that is, in terms of publication, not setting) adult romance, so I was a little worried from the blurb that this novel would be heavy on the romance and light on the history. On the whole, I need not have worried. There was a section in the middle of the book where the romance took centre stage for a while, but most of the time I was happily immersed in history and ballet.

The descriptions of dance and the world of the performing arts are where Turner’s writing is at its most exciting and emotive. Her own experiences as a dancer and dance teacher inform the novel wonderfully and, while the passion of the romantic relationship may have failed to thrill me, the passion for dance seemed almost tangible. I’m not a dancer, but I understand the love of one’s artform, and I thought this was conveyed wonderfully throughout the book.

Overall, The Last Days of the Romanov Dancers is an excellent debut from Kerri Turner and I look forward to her future publications.

(Thank you to Harlequin Books for providing a copy in exchange for an honest review.)

Review: The Cracks in the Kingdom, by Jaclyn Moriarty

Sometimes it is good to be given books you’ve not specifically requested. If I’d seen the first The Colours of Madeline book in a shop or a library, I would’ve picked it up due to Jaclyn Moriarty’s name, but likely put it back down again when I read the blurb and realised it was fantasy. If I’d done that, I’d have missed out on reading an amazing series.

The first novel, A Corner of White, was a lot of fun. ‘Quirky’ is the word that seemed the best way to describe it, and the reviews I’ve read show that I wasn’t the only person to feel that way. With The Cracks in the Kingdom, however, I think the series has developed into something much more than quirky. It’s moving and exciting and intriguing, and I often found myself torn between wanting to rush through the pages to find out what would happen next – and why – and wanting to take things slowly, so that I could really appreciate the language and Moriarty’s great grasp of both character and style.

Although The Cracks in the Kingdom is the second book of a trilogy, it didn’t feel incomplete. There are still things left unfinished and questions left unanswered, but I didn’t feel cheated, because it still read like a complete novel, with enough resolution to counter the loose threads. That said, I’m still going to be grabbing the next book as soon as I can get my hands on it – not only because I want to find out what happens, but also because I’m pretty certain that I’ll be guaranteed a jolly good read.

The Colours of Madeline is an excellent example of just how good YA can be when it breaks away from carbon-copy fads and finds its own voice and concept in the hands of a talented author. It’s nice to know that I don’t have to say goodbye to Cello just yet.

Review: Lord of the Flies I found this pretty disappointing, to be honest, and I’m not sure how much of that is due to it being a bit dated in the modern era of more explicit violence and horror and how much of it is just my own tastes. The thing is, I generally really appreciate it when things are left up to the reader to read between the lines and to understand, instead of be told, but here it felt more like unfinished plots and ideas. I needed to know more about why exactly the boys were on the island to accept it as the basic premise, I needed Simon’s story to be related in a clearer manner and I needed there to be more consistency when it came to the narrative. At times, there were chunks of purple prose thrust into the story as description, but at other times there was a coarseness to the narrative that indicated it was being told with the voices of its characters. To me, that meant that neither style entirely rang true.

I do believe, though, that part of the reason Lord of the Flies didn’t work for me was that its depiction of violence and the “beast” inside humankind just doesn’t scare the modern reader. It shies away from description when it talks of violence against humans, which is particularly interesting when the pig hunting is narrated with great relish. (I personally skipped those scenes, because I can’t deal with cruelty to animals, even in fiction.) We know the twins have been hurt, but we’re given no hint of how. I understand the boys’ unwillingness to think about what happened during the ‘dance’ after the fact but, for a modern reader, accustomed to graphic depictions of violence on the news, let alone in fiction, the dance itself is powerless. As for the inner beast, I wasn’t fully convinced by the book’s depiction of it. I personally needed a greater attention to the changing psychology of the characters. I wanted more of a journey, and I think that could have been achieved by narrowing the focus to fewer boys. (Also, when you have a large cast, naming characters Ralph, Roger and Robert is just plain confusing.)

I’m sad that Lord of the Flies was a bit ‘meh’ for me, because I’d always thought it sounded right up my alley – both as a reader and as a writer. Perhaps the true glimpse of human nature can be found in the fact that I needed it to be darker and more messed-up for it to work. 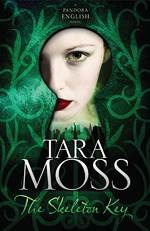