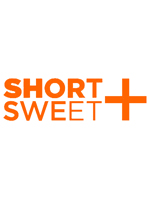 “Speed Dating” opened in Auckland last night, and is apparently going well so far. A brief review is up at The New Zealand Performing Arts Review & Directory. It’s exciting to have a play reviewed for the very first time, and “surprisingly uncynical and moving” is a unexpectedly non-scary thing to hear. (And an amusing thing to hear for anyone who knows my super-cynical self.)

Meanwhile, I heard earlier in the week that “Speed Dating” has also made it into the Melbourne Short + Sweet festival. It’ll be a wild card this time around, and will be directed by Harriet Devlin. I’m going to be abroad when it’s on, but it’ll be nice to have something produced in my own state – even if it is a little daunting to think that people I know might see it!

Review: Does My Head Look Big In This? – Randa Abdel-Fattah